My country, my family and my heritage were inescapable.
I felt an obligation to following in my father’s footsteps and those of the 17 generations that came before us.

The Leflaive family has always had a few hectares of vines in Burgundy, in addition to their farm. 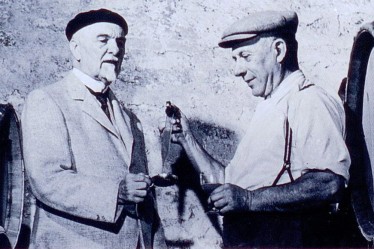 Just after the First World War, Olivier’s grandfather, Joseph Leflaive was faced with the failure of his steel factory in Saint-Etienne. His investments in Burgundy were all he had left and he decided to enlarge his wine estate. It became a family-run operation covering some 35 hectares. His son, Joseph Régis, was in insurance and along with his brother Vincent, decided to take over the reins in 1953. The estate soon began producing top-flight wines, mainly due to the arrival of air conditioning in Puligny in the 1970s. This was a major step for winemakers in this village which sits two meters above the water table and as such, had no underground cellars.